This summer Vision, the Multimedia Centre of the Cooperation Albania Italy unveiled at the end of 2021 and opened to the public on the waterfront in Vlore, welcomed hundreds of tourists and citizens. In a small space, visitors were able to immerse themselves in the 360 degree underwater images of the Italian Ship Po, sunk during World War II, enter through 3D vision into the living body of the words of the Albanian poet Fatos Arapi, and observe the unique details and colours of the paintings of the Zvernec Monastery. An exhibition route conceived by Ernesto Spinelli and produced for AICS Tirana by Kube Studios, which promoted, through the use of new technologies, the cultural heritage of the region and the historical friendship between Albania and Italy. For the most emotional part of the tour, however, all that was needed was a pen and a notebook in which many visitors collected and conveyed their emotions in a few lines. In the photos we present a selection of them. 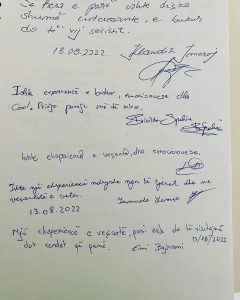 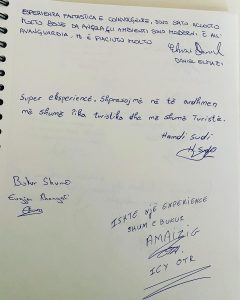 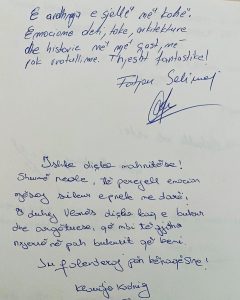 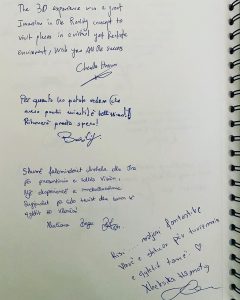 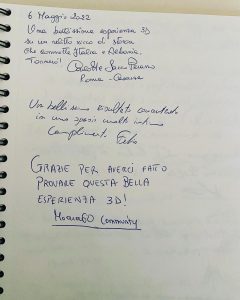 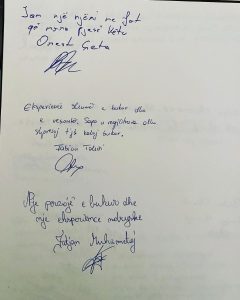 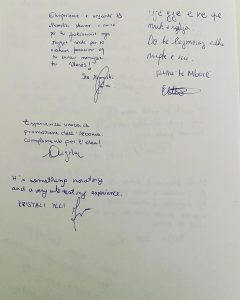 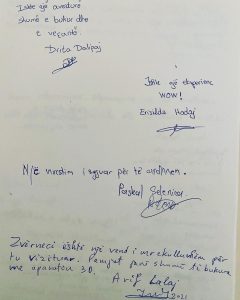 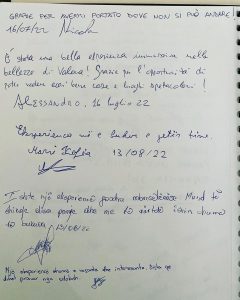 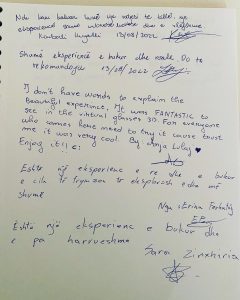