With a prestigious launch event, in partnership with the Bosnian and Herzegovinian authorities, the Italian Embassy in Sarajevo and the Italian Agency for Development Cooperation in the Western Balkans opened the first phase of the works for the construction of the Ars Aevi Museum, that will be designed on the base of the original project by Renzo Piano.

SARAJEVO – A launch event of the ARS AEVI Museum Project was held at the “Dom Armije”, at the presence of Bosnian and Herzegovinian and Italian authorities. The event opened the first phase of the works for the construction of the Ars Aevi Museum in Sarajevo, that will be designed on the base of the original project by Renzo Piano. The architectural design will be funded by the Italian Agency for Development Cooperation.

ARS AEVI is a partial anagram of the word Sarajevo, meaning “art of the epoch” in Latin. It is a unique project of founding a museum of contemporary art, which is being developed as an expression of collective will and ethical cooperation of prominent international artists, curators and museums of contemporary art.

ARS AEVI started as an art collection originated during the war, in 1992. A group of enthusiasts led by Enver Hadžiomerspahić invited artists from all over the world to donate some of their works as a symbol of support for Sarajevo during the Siege. The collection comprises today approximately 150 works of art that were donated by some of the most renowned local and international contemporary artists, amongst which Michelangelo Pistoletto, Joseph Kosuth, Joseph Beuys, Bizhan Bassiri, Maja Bajević, Jusuf Hadžifejzović and Jannis Kounellis.

A first design for the new museum was offered to the City of Sarajevo by the Italian architect, Renzo Piano, who also donated the materials used in the construction of the pedestrian bridge that spans the Miljacka River near the site of the future Ars Aevi Museum.

The Embassy of Italy has been playing throughout the years a role of stimulus and support to all the local authorities involved, building awareness of the project’s value not only from the artistic and cultural point of view but also as a tool for reconciliation and inter-ethnic dialogue, supported in this task by the local UNESCO office.

At the same time, steps have been taken with relevant international organizations, such as UNESCO BiH, to establish a multi-donor fund that will collect the contributions, public and private, that will make the construction of the ARS AEVI Museum possible.

The event, moderated by the Director of the ARS AEVI Museum, Senka Ibrišimbegović, was opened by the welcome speeches of the Ambassador of Italy to Bosnia and Herzegovina, Marco Di Ruzza, the Mayor of the City of Sarajevo, Benjamina Karić, the Prime Minister of the Sarajevo, Edin Forto, the Mayor of Novo Sarajevo, Hasan Tanović and, for the regional AICS Headquarters in Tirana, Ms. Manoela Lussi, team leader responsible for the ARS AEVI Museum initiative. The representative of the “Renzo Piano” Building Workshop, Emanuela Baglietto, joined online, while the founder of the ARS AEVI project, Enver Hadžiomerspahić, the UNESCO Representative to BiH, Sinisa Sesum, and representatives of the architectural Studio “NON-STOP” provided more insights on the project.

The Ambassador of Italy to Bosnia and Herzegovina, Marco Di Ruzza, highlighted that “Italy believed in this project since its very beginning and is proud to present to the City of Sarajevo the results of this outstanding partnership between our two countries. ARS AEVI stands for the universal values of peace and humanity. It is as living reminder of the power of art as a bridge between peoples and culture. I would like to thank all the partners to the initiative – the Italian Agency for Development Cooperation, the Canton of Sarajevo, the City of Sarajevo, the Municipality of Novo Sarajevo, the City Museums of Sarajevo, the “Renzo Piano” Building Workshop and UNESCO – for their commitment and their outstanding contribution to this project and for making today’s event possible.”

Stefania Vizzaccaro, Representative of the Italian Agency for Development Cooperation in the Western Balkans, stated: “Culture is a priority for the Italian cooperation commitment in Bosnia & Herzegovina and throughout the Western Balkans. There are two main areas of intervention: safeguard of the cultural heritage and enhancement of the contemporary creative industries. It’s a regional strategy of the Italian governmental agency I represent that aims at promoting culture as the mean of opposition to war. Heritage of the past and contemporary art are the best guarantee of peaceful coexistance and sustainable development for Bosnian and Herzegovinian, and I’d like to say, European new generations”. 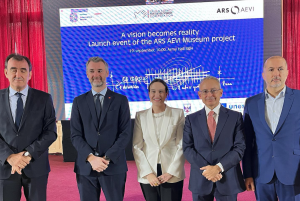 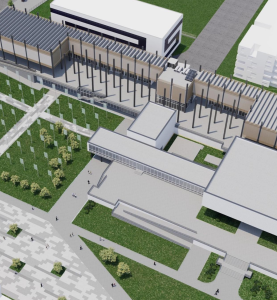 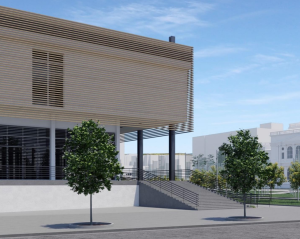